In 2004, Via Foods mandated Broccolini with the construction of its production plant in Laval. This project consisted of the construction of a major freezer component (-30 °C/-22 °F) in the warehouse for storing refrigerated goods. It also featured a refrigerated manufacturing area, laboratories, a 2-storey office area, and employee facilities complete with a gym. The project was delivered in 2005.

Ten years later, Viau entrusted Broccolini with the mandate for the expansion of its production plant, the same plant originally built by Broccolini in 2004.

The proposed expansion of the industrial food facility included a production area with loading docks as well as an employee cafeteria. The expansion is connected to the existing building and to the food production and processing areas.

This complex project involved a 130,000-sq.ft. addition connected on two floors to the main plant. Meat is processed in ""clean rooms"" according to strict hygienic standards. More precisely, each processing room has its own individual ventilation, plumbing and electrical systems in order to monitor and maintain independent production for each lot of meat. The entire building is also refrigerated. Viau took advantage of this project to procure new equipment allowing the company to produce in High Pressure Processing mode (HPP), a process that eliminates pathogens through high pressure in the cold.

Another challenge of this project was working in close collaboration with the client's contractors for the installation of heavy production equipment before final delivery. As the production is performed on both floors of the building, major structural reinforcement work had to be carried out on the second floor in order to meet the needs in terms of the weight of the heavy equipment and the specifics for damp-proofing.

The expansion of Viau's production facility was completed in April 2014. 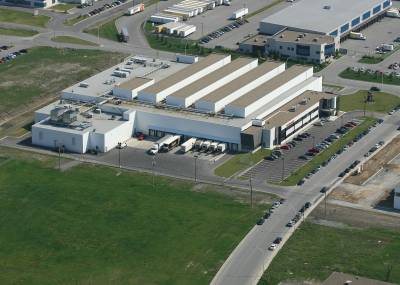