La Ronde is a 146-acre amusement park located on the former site of the 1967 World's Fair. In 2001, the park became the property of Six Flags Inc. and began its 35th anniversary with renovations and construction work. Broccolini was mandated with the renovation of the park's front and rear entrances, the construction of a new building which would house the administrative offices and a store, the construction of two new entrances, and the construction of a station and installation of lighting and fencing for the new inverted rollercoaster, "Le Vampire." The biggest challenge facing the project was completing construction in time for the park's opening in May. Most of the work took place in the exterior during the cold autumn and winter months. 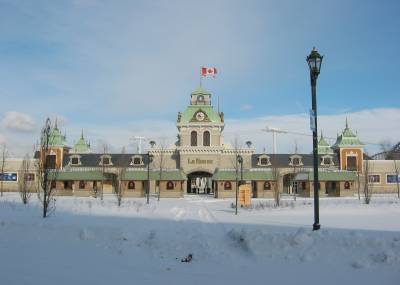