The professional soccer stadium for Montreal inaugurated on May 19, 2008, is a soccer complex constructed on the grounds of Montreal's Olympic Park (between Pie-IX and Viau Boulevards). The complex is the home stadium and headquarters of the Impact - the team originally representing Montreal in the first division of the United Soccer League (USL).

Mandated by Joey Saputo, the team's president, Broccolini carried out the construction starting in June 2007 following an agreement with the Régie des installations olympiques (RIO).

Ready to take part in Major League Soccer (MLS), the Impact required a larger stadium for its future needs. Broccolini therefore worked on the expansion and modification according to the needs of the complex in June 2011.

The original stadium accommodated around 13,000 spectators; this increased to 20,000. The expansion managed by Broccolini included 21 new corporate boxes and a partial roof above some of the grandstands. The new bleachers were added in currently unused space, extending the existing rows of seats and forming a "U" shape seating arrangement in the stadium. In conformance with the requirements of the City of Montreal and the RIO, the professional soccer stadium for Montreal is integrated within the Olympic Park and does not obstruct the view of the Olympic Stadium.

This was an unusual project with many special challenges, which included: a tight construction timeline (the project was completed by June 2012), the necessity to maintain the stadium in its usable condition for the 2011 season during the construction period, and the impressive amount of material required. In all, over 1,150 tons of steel and 4,000 cubic meters of concrete were used to complete the project on time.

"The Montreal Impact is a professional soccer club. For us, what was important was to have our own soccer-specific stadium. And when I had this project, which to me was a dream, I went to see the Broccolinis." Joey Saputo, President of Montreal Impact and Saputo Stadium. 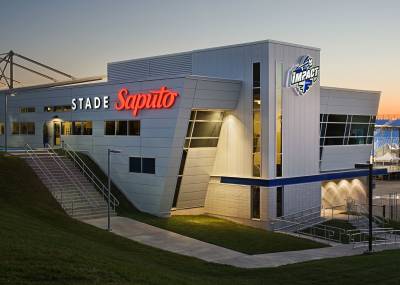 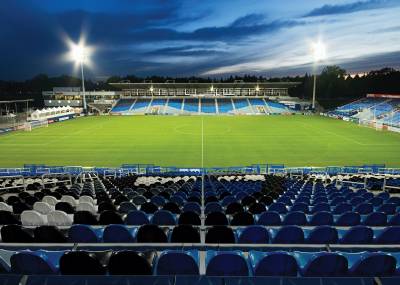 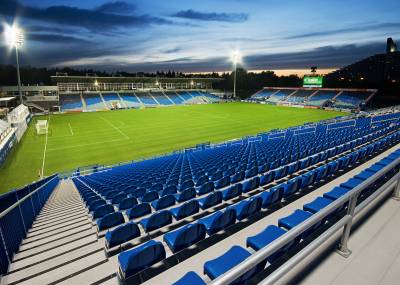