Quebec-based housewares distributor, Anglo Canadian Mercantile, mandated Broccolini with the design-build project of modern offices and a warehouse with steel racking, allowing for the possibility of expansion. The project included a new head office as well as a manufacturing and distribution centre with a surface area of 130,000 sq.ft. The two- (2) storey building is located on rue de l'Aviation, close to Sources Boulevard, on a plot of land with a surface area of more than 495,000 sq.ft. 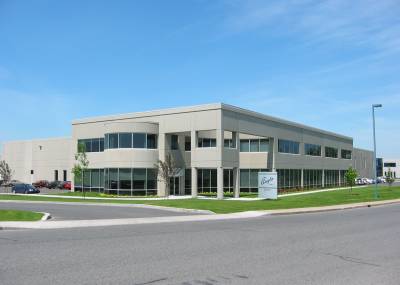