For the past 35 years, Westcliff has specialized in the development, construction and management of real estate projects in Canada and in the United States. The company entrusted Broccolini, one of its regular collaborators since 2003, with the construction of a new 52,000-sq.ft. building on the outskirts of the Les Promenades de Drummondville commercial centre.

This one-storey building (brick and acrylic), designed to accommodate four tenants, was the first of a new phase of development for this commercial zone. In addition to the construction of the exterior envelope for Westcliff, Broccolini was mandated by two of the tenants, Future Shop and The Brick, to carry out the building's interior finishing according to the respective standards of these two retail chains. Broccolini had already realized many projects for Future Shop, and this was their fourth project with The Brick. This turn-key initiative began on June 9, 2008, the work ended on November 14, 2008, in time for the opening dates for both stores. 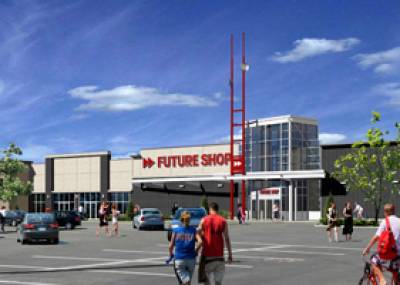 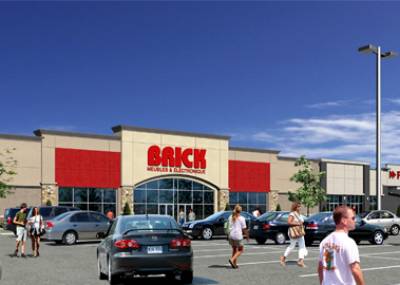