ERB Transport is a company specializing in transport and distribution. Early in the year 2000, ERB had reached and surpassed the maximum capacity of their facilities in Dorval. The company therefore needed a larger facility in order to serve the territory of Quebec. With no possibility of expanding their original facility, the company finally opted for the construction of a new terminal in Vaudreuil.

The project consisted of the construction of a state-of-the-art terminal that included office space and a refrigerated shipping/receiving dock with twenty (20) doors as well as a 600,000-sq.ft. yard featuring roller compacted concrete.

The facility was the second-largest terminal for ERB and opened in the spring of 2005. Its size and versatility are a reflection of the company's vision to expand its field of activities, in addition to its commitment to reinvest in order to improve their infrastructure and maintain sustainable growth. 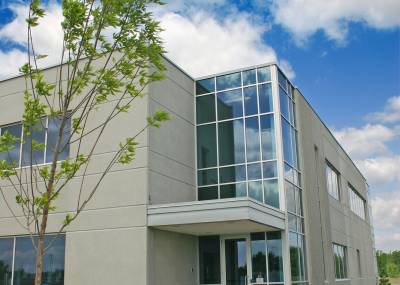