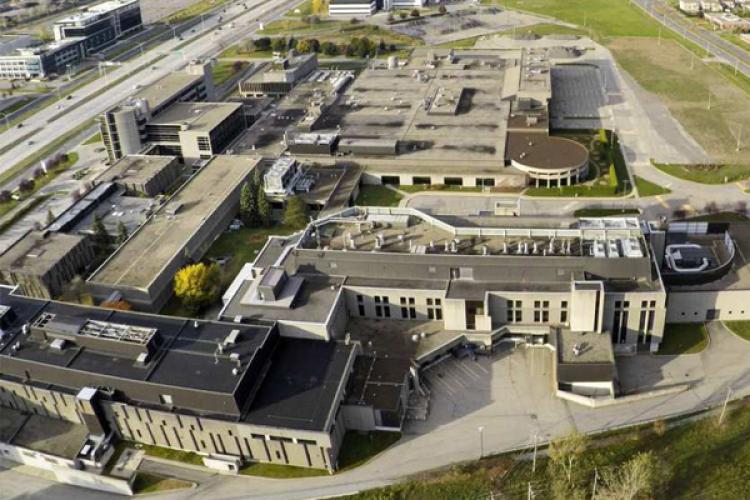 The first tenant has been signed for the Quartier Évolution project on the north side of Highway 40 in Kirkland.

While a proposed high-density residential project for the site was blocked by nearby residents last month, property owner Broccolini vowed to exploit the existing industrial zoning for the 2.3-million-square-foot lot it acquired in 2014 from pharmaceutical firm Merck.

Traffic Tech, a freight logistics broker, will relocate to Kirkland from its existing premises on Côte de Liesse in St-Laurent. The international firm will set up its global head offices in a former Merck building. While 500 Traffic Tech employees will initially move in, the firm has plans for future growth.

"This is a new and wonderful home for the 500-plus Montreal team," stated Traffic Tech owner Brian Arnott.

While the firm is expected to take possession of its new headquarters in November, its staff will officially move in as of March 2017.

Although demolition or renovation work is essential before any tenant moves in, Traffic Tech Inc. has agreed to lease space in a five-storey building facing the service road, the former administrative offices used by Merck, according to Roger Plamondon, senior vice-president of real estate development with Broccolini. The firm will take over four of the five storeys and have an option on the remaining floor.

"Right off the bat they are occupying about 100,000 square feet of the building," he said.

Plamondon said the makeover of the building and site are being financed by both the new tenant and Broccolini.

Broccolini requested a demolition permit to tear down older or obsolete sections of the former Merck campus, while planning to renovate the remaining buildings for potential tenants. Some unwanted buildings, located around the central building being leased, will be demolished once the city grants the permit and the repurposed space will then mainly be used for parking. Renovations to the building being leased will start as soon as the demolition work begins, Plamondon said, adding vehicle access to the parking lot to be set up will come via the service road. A new ground floor gym and cafeteria and underground parking will be part of the building makeover.

Broccolini hopes its deal with Traffic Tech will encourage other companies to consider moving into Quartier Évolution.

"It'll be a great way to trigger enthusiasm in the project," Plamondon said, adding it will help rejuvenate the Highway 40 industrial area and boost nearby commercial/service businesses.

"It's good for the city of Kirkland because at least it re-activates that dormant asset that's sitting out there," he said of the former Merck campus.

Broccolini has also been negotiating with another company to possibly occupy a building on the east side of the property along the service road.

Mayor Michel Gibson said the demolition request, the subject of an advisory committee hearing held last Thursday, could be ratified by council next month. He added some residents had expressed concerns about demolition work hours, potential noise and truck traffic, which will be via the service road.

Since the nearest residential building is further than a prescribed 150-metre limit from the site, meaning under the city's bylaws, demolition work is permitted seven days week from 7 a.m. to 9 p.m. However, demolition firms don't usually work on weekends, the mayor noted.

"We'll monitor the situation closely," he said. "We'll try to restrict the demolition to probably five days a week, as suggested. We prefer they do it during the week."

Gibson said the former Merck buildings being targeted for demolition are evaluated at about $1.6 million. The combined value of all the buildings is about $22 million, while the lot in question is worth $13 million, for an overall property valuation of $35 million, according to the current taxation roll.

"The value (of the demolished buildings) will be recuperated with the renovations (in the remaining buildings)," he said, adding it's a positive sign that Traffic Tech has agreed to relocate to the former Merck building. "It will give plus value to these buildings."