So How Do You Become One of Amazon's Builders and Developers of Choice? 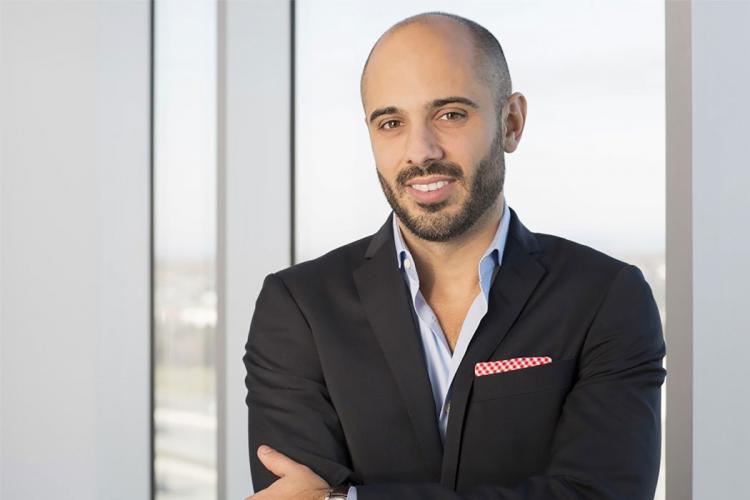 Builder and developer Broccolini has created a strong relationship with the world's largest online retailer, but beyond its dealings with Amazon, the 70-year-old Montreal-based company appears to have a front-row seat to what an economic turnaround looks like, in this case in Canada's second-largest city.

Chief Operating Officer Anthony Broccolini, a third-generation member of the family that got its start when founder Donato Broccolini built a single-family home in Montreal in 1949 and sold it for $16,000, agreed to speak to CoStar News about how a city can become resurgent and making a relationship with Seattle-based Amazon prosper.

"Being able to stick around here and make it through the ups and downs, we have been fortunate, and now we are reaping the benefits of a very strong market," said Broccolini about Montreal.

The Quebec city has been turning heads in real estate circles across North America. It racked up the second-highest investment activity in Canada after Toronto in the third quarter with $2.2 billion in sales, according to Los Angeles-based property services company CBRE.

"This continued a string of strong results in the city which has seen economic conditions improve and real estate fundamentals strengthen steadily for several years," according to CBRE. The firm said Montreal had $5.7 billion in investment activity in the first three quarters of 2019 as it looks to be on pace for a record year.

In the past four or five years, Montreal has turned to a new chapter. "The political instability over the year, obviously there have been many chapters. That instability has been dramatically reduced," Broccolini said. "People are back and interested in [Montreal], from an investment point of view. The quality of life has always been there."

The developer has long since expanded out of Montreal, having set up shop in Toronto a decade ago and now has 75 employees there among the 350 people companywide.

Montreal is clearly still vital to the firm, and it's hard to think of a project that could be more symbolic of the city's turnaround than Broccolini's construction of a new head office for National Bank of Canada — the country's sixth-largest bank and a symbol of provincial pride that stands in contrast to the trend in the 1970s that saw major banks abandon Montreal during the separatist movement to take the province out of the country.

The $500 million National Bank project at the corner of St-Jacques Street and Robert-Bourassa Boulevard broke ground this year and is anticipated to be the largest Montreal office tower built in 25 years.

"It is symbolic for someone like that to make the commitment and investment to the city," said Broccolini of his company about the project, one of several it has ongoing in Montreal. "It will be a landmark project. It's pretty awesome to see something of this size."

Broccolini helped the bank assemble the land for the site, which allows for 1.7 million square feet of development. National Bank took about 1 million of that. One acre was left for a park with the rest of the site set to host a 60-floor mixed-used tower called Victoria on the Park that will have 350,000 square feet of speculative office space.

It's one of several Broccolini projects in the city, including the 400,000-square-foot head office of Radio-Canada, the French-language arm of the Canadian Broadcasting Corporation, scheduled to open in 2020.

The firm now has a portfolio of 6.5 million square feet of real estate under ownership, with another 10 million under development.

"The appetite is there for ownership, and what is unique about us is we are a builder and a developer," said Broccolini.

The company probably has no wealthier association than with Amazon, which has been rapidly expanding and now has plans for 13 fulfillment facilities in Canada. Broccolini is at the heart of a number of projects.

"I think it's because we are a builder and a developer," Broccolini said about the budding relationship with Amazon. "The notion that we are a one-stop shop, and we have a slogan that we make it happen. We want clients to know that we can get them into a project and get them out fast. We want to be the easy button for clients, and we have built almost 30 million square feet of industrial square feet in the last 20 years. Not many developers can say that."

While Broccolini won't identify his investors, he did say the company's growth would not have been possible without reaching out to capital beyond the family's wealth.

Broccolini said the family-owned firm has raised $750 million in private capital since 2007 for its investments.

"It's allowed us to go and develop properties, acquire them. It's part of the recipe now, having great investors that support us," he said, noting its last fund, its fifth, raised $230 million. "The proof is in the pudding because they keep coming back because we are generating great returns."